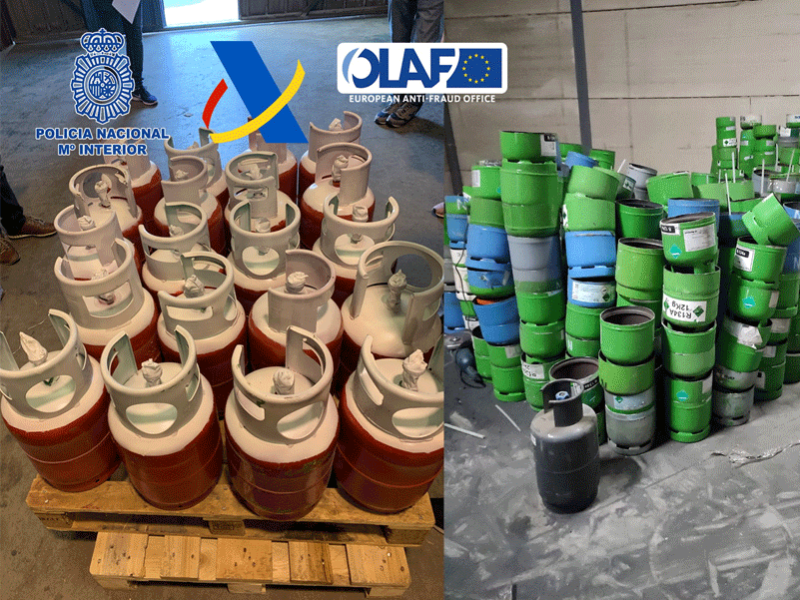 To cap off a period in which the effects of climate change on our environments are pretty evident, we get the news from Spain – good or bad, however you want to look at it – that a trade organisation was smuggling and distributing tonnes of banned refrigerant gases.

This set off Operation Verbena, the name given to the biggest investigation on the illegal fluorinated gases trade at EU level, which saw the participation of Spain’s National Police and Tax Agency and the European Anti-Fraud Office (OLAF).

After the initial discovery, further investigations led to identify other cylinders linked to the same criminal organisation, for an estimated total of 180,000 kg of smuggled fluorinated with a market value of around €250,000.

Five people belonging to the organisation accused of violating community regulations regarding the EU quota system and illicitly releasing more than 234,000 tonnes of carbon dioxide into the air were arrested.

The operation revealed that R134A was the primary gas imported, a gas known to have particularly harmful effects on climate, and according to the information collected by the Spanish authorities, the goods came from China and were sold in Spain, Germany, France, Portugal and Senegal.
HVAC-R news
Stay tuned!
By signing up, you consent to our privacy policy Privacy Policy