According to SolarPower Europe, solar energy is the renewable source that will create the greatest employment in Europe by the end of this decade 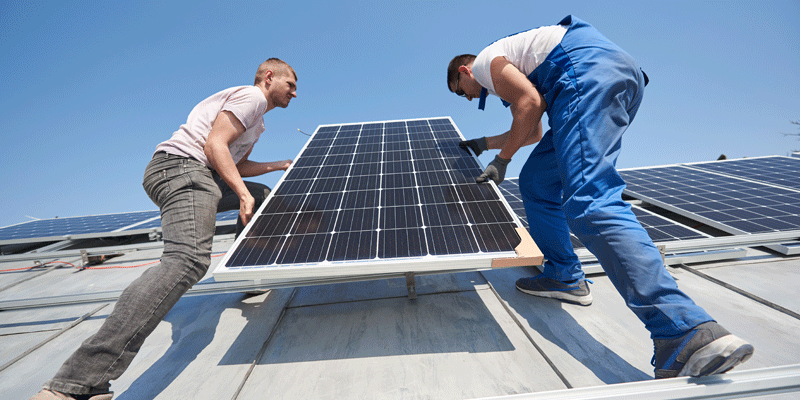 Solar is the most important renewable energy in terms of achieving the objectives set for climate and the energy transition, because solar technology is very flexible and particularly low cost and is thus beneficial in reducing CO2 emissions. The rapid economic and technological development achieved thanks to the research and investments made in solar energy is causing solar to become the fastest-growing sustainable energy source, both in terms of market and employment.

And indeed, as regards working with solar power, SolarPower Europe has recently published its EU Solar Jobs Report 2021, a document that provides an overview of employment on a European level in this industry, with data relating to 2020 and forecasts for the trend of these jobs over the next five and ten years. According to the latest version of the report, in 2016 there were 81,000 jobs in the field of solar energy: in just four years, data shows that growth has been extraordinary, closing 2020 with 357,000 people working full-time in solar energy.

According to SolarPower Europe, if the European Commission should accept the proposed target of 45% of energy produced from renewable sources by 2030, to meet energy needs, solar energy jobs could exceed one million by the end of the decade. Aside from the association’s ambitions, the data suggests that even with the current targets, solar employment should still increase to 742,000 jobs. The medium-term forecasts are also very positive, with the creation of 584,000 solar jobs in Europe by 2025.

At present, the coal industry also offers a great deal of employment, however decarbonisation will inevitably lead to a drastic reduction in this demand; the growth of the solar energy market and industry should, however, be able to absorb 500,000 workers currently working in coal, who, according to the report, stand to lose their jobs by 2030.

SolarPower Europe provides recommendations, which European and domestic policy and economy leaders should follow in order to facilitate and improve the growth of solar energy. Firstly, the target of renewable energy by 2030 needs to be increased to 45%, in the full awareness that solar is the key energy that will allow the Paris Agreement goals to be achieved. It will be increasingly important to scale the solar industry so that this source can contribute the majority of energy generation. This is why it will be necessary to focus on training people, to create professional profiles with the specific skills required by this industry. One strategy to increase employment in the solar energy field yet further could be to focus on the installation of panels on the roofs of all residential, commercial and industrial buildings, as this is a work-intensive activity, not forgetting the promotion of female employment in this sector too, to improve the gender balance.

SolarPower Europe has also launched the #SolarWorks campaign, in collaboration with Google, Grow and EuropeOn in those markets in which greater growth is expected, namely France, Germany, the Netherlands, Poland and Spain, with a series of videos that tell the stories of people working in solar energy.