The Center for Hybrid and Organic Solar Energy (CHOSE) in Rome has developed an innovative deposition method for perovskite solar cells that improves efficiency in a cost-effective manner, using a simple sheet of paper 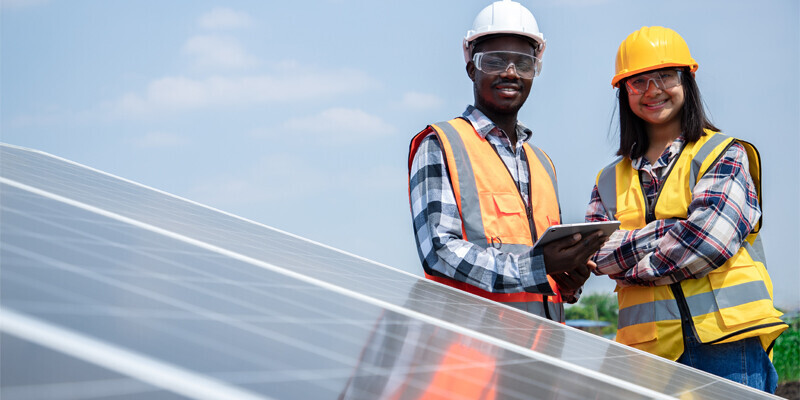 The Center for Hybrid and Organic Solar Energy (CHOSE) was founded by Lazio Region and the University of Rome Tor Vergata to create a center of excellence in the field of next-generation photovoltaics, through collaboration with national and international institutes and companies. Recently it has published the results of a research containing important developments for perovskite solar cells.

A team of researchers from Tor Vergata University and University of Zanjan in Iran has developed a new method that uses a simple sheet of paper to deposit the perovskite films without any expensive equipment.

How can high performance be achieved with this remarkably cheap method? The trick of this research, published in the scientific journal, iScience, is to soak the paper applicator in anti-solvent, which improves the morphological properties of perovskite semiconducting films by almost doubling efficiencies compared to when using it dry.

The method originated from an intern who noticed that by leaving a piece of solvent-soaked cleaning paper on a wet perovskite film it changed to a brown color, turning it into what appeared to be a rather promising semiconducting perovskite film. After several attempts, it was observed that paper was a better material compared to other soft applicators, as it possesses the right porosity and smoothness for deposition of high-quality perovskite films.

Rome’s CHOSE researchers have therefore shown that soaking the paper used as an applicator in anti-solvent increases the energy conversion efficiency of solar cells by 82% compared to when the perovskite film is applied with a dry sheet of paper.