A team of researchers from University College London and Imperial College London has significantly increased the efficiency of ultrathin solar cells using silver and bismuth atoms: this might become an environmentally-friendly and economical alternative to existing solar technologies 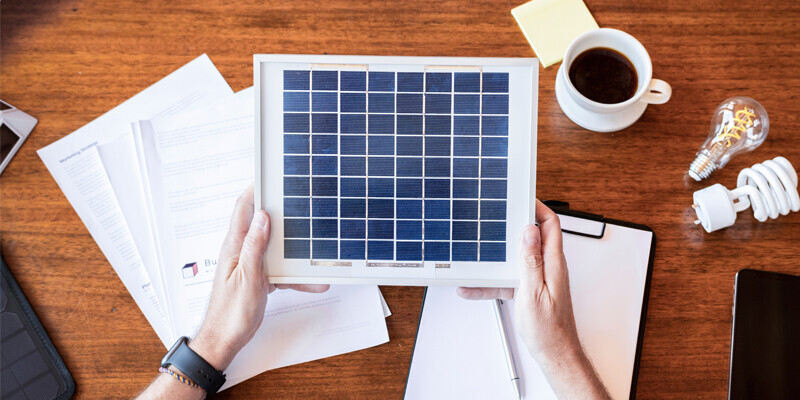 Traditionally, the most widely used solar cells are those based on silicon, but they have limitations, because of their expensive technology that requires a lot of energy during production and has also a considerable thickness.

An alternative may come in the form of ultra-thin solar cells, which are currently mainly composed of toxic elements such as lead or cadmium, or contain scarce elements such as indium or tellurium.

In this regard, researchers at University College London engaged in a study to find a way to improve the efficiency of a new type of ultra-thin solar cells, made up of nanocrystals that contain two types of atoms, silver and bismuth.

This research put together the resources and expertise of UCL with those of the Imperial College London, whose research groups are studying emerging energy materials such as solar cells, batteries and thermoelectric generators, with the aim of identifying low-cost, high-efficiency devices that support the energy transition.

Starting from these observations, scientists at ICFO, a Spanish top research center for light science and technology, made ultra-thin solar cells with a thickness of 100 nanometers by heating the nanocrystals and obtaining a better diffusion. Thus, they recorded a power conversion efficiency in excess of 9%, which means that more than 9% of the energy input from sunlight converted into electricity.

This value may seem low compared to the efficiency achieved by traditional solar cells, but we must consider that this technology is still new and has room for improvement. As the research authors argue, trials on these cells have made tremendous progress in less than a decade, so it is clear that a further technological improvement could see these devices improve even further to match the efficiency of silica solar cells.

These new ultra-thin cells are more sustainable than traditional cells because they use non-toxic, inexpensive and readily available elements, and bismuth nanocrystals have proven to be very stable, avoiding long-term degradation of the cell. In addition, the material developed under this research is 10-50 times thinner than current thin-film photovoltaic technologies and 1,000 times thinner than silicon technologies.

As Professor David Scanlon (UCL) comments, "In this study we show that certain types of disorder are actually good for performance, as they allow us to achieve world record efficiency and potentially open up new directions for solar cell research. This work further emphasizes the power of combining predictive density functional theory calculations and experiments in order to gain insights into material properties."

The study – involving several scientists from the world's leading technology research organizations and supported by the UK Engineering and Physics Research Council (EPSRC), the EU Horizon 2020 program and others – led to huge advances in solar technology efficiency and showed once again how essential it is to move towards environmentally-friendly, low-carbon energy solutions for energy sustainability and affordability.