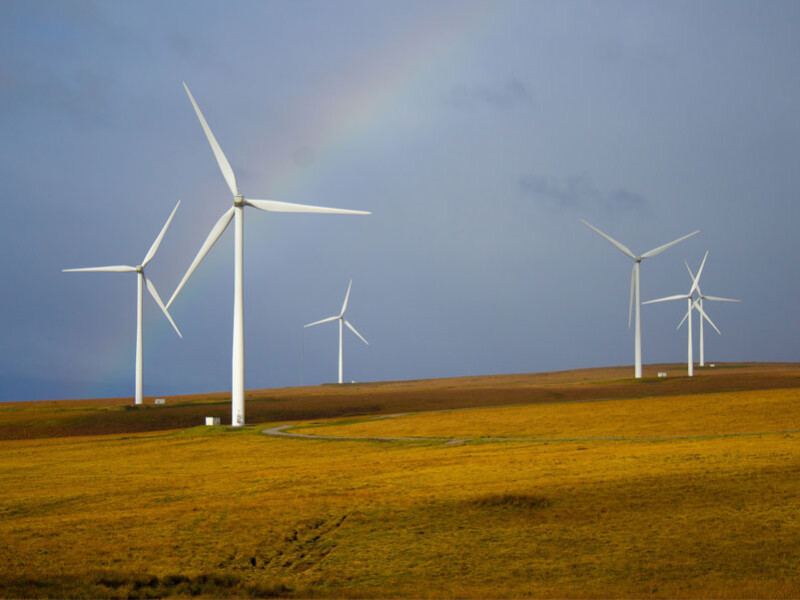 A BloombergNEF report highlights the development of wind turbine and energy production projects and analyses the large growth in the sector and its top 4 international players.

Compared to the previous year, wind turbine installation increased 59% globally in 2020, for a total of 96.3 GW of power commissioned by plant developers, compared to 60.7 GW in 2019. Onshore installations account for the greater portion of this wind capacity (94%) while offshore turbines witnessed a significant drop.
In 2020, the wind energy market was led by 4 multinational companies that accounted for more than 50% of the installations: the American giant General Electric (GE), Denmark’s Vestas, and the Chinese Goldwind and Envision, which commissioned over 10 GW of wind power last year, highlighting the increasing gap between the sector’s large and small operators.

After holding the top spot for many years, Vestas fell to third place in 2020, behind GE and Goldwind. The latter, in fact, maintained their focus on the largest markets, driven by wind turbine installation incentives that led to a substantial rise in the number of installations in the United States and China. As underscored by Isabelle Edward of BNEF, subsidies are due to expire in those countries so this strategy will change the results of the economic scenario in the years to come. Unlike the Chinese giants, Vestas commissioned turbines in 34 different countries last year, taking on less market risk.
Boom of installations in China and the U.S.

In 2020, the United States commissioned 16.5 GW of new wind power capacity, more than half supplied by General Electric, earning it the first place in onshore installations, increased by 6.6 GW year-on-year. 70% of GE’s total installations are based in the United States, with power amounting to 13.5 GW.

In 2020, China accounted for 98% of the capacity commissioned by Chinese turbine makers, which increased the country’s wind capacity by 57.8 GW.
"While every region commissioned more wind capacity than the year prior, the unprecedented growth observed in 2020 should be credited to the Chinese wind market", said Edwards. "Nearly every turbine maker is now selling turbines into China, and in 2020 it was the second-largest market for both GE and Vestas".

The rise in turbine demand in China allowed small turbine makers to exploit their manufacturing capacity and gain ground on their foreign competitors in the global ranking.

"Over twenty turbine makers supplied wind turbines to China and many of them were able to double or triple their year-on year installed capacity", commented Leo Wang, Beijing-based wind associate at BNEF, who agreed with Edwards when he added: “The expiring onshore and offshore subsidies fuelled the uptick in installations. “Following the lapse of onshore feed-in premiums, the market is likely to see demand drop this year".

In terms of manufacturers, Spain-based Siemens Gamesa holds steady in the top spot in the offshore wind market, commissioning 1.91 GW at sea in 2020, of which 752 MW in the Netherlands and 539 MW in the United Kingdom.

The Denmark company acquired MHI Vestas Offshore Wind at the end of 2020 with the aim to reposition itself as a leading offshore turbine supplier, but it will be long before we see changes in the offshore wind market given that Siemens Gamesa has a full order portfolio until 2025.
HVAC-R news
Stay tuned!
By signing up, you consent to our privacy policy Privacy Policy